The 2017 Cost of Data Breach Study is an annual study that looks at the cost of data breaches in companies, focusing on different countries such as the United States. This study gives a good idea of the effects a data breach can have on a person and their business. This is the 12th annual study that has been done, and it provides important information. In the 2017 study, 63 companies participated. 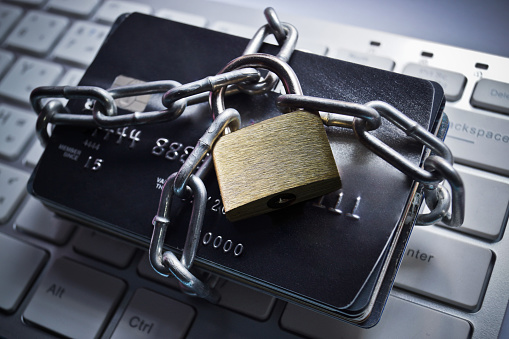 Through looking at the effects data breaches have on these companies, a few things could be determined.

A data breach is a very serious thing. It can mean the loss of thousands of sensitive documents that contain private or personal information. Because of this, it can also have a huge impact on your business. It makes sense that the sooner a data breach is detected, the sooner it can be stopped, and the more information you can keep from being stolen. Detection might include forensic and investigative activities, assessment and audit services, and crisis team management. These are all important aspects of keeping your documents and files safe and detecting a potential breach as soon as possible. In 2017, companies were able to lower the number of days before detection from 201 in 2016 to 191 days in 2017. This is likely due to investments in such enabling security technologies as security analytics, SIEM, enterprise-wide encryption and threat intelligence sharing platforms.

After a data breach, it is important to notify those who may be affected. This requires the services of help desks, identity protection services, and legal expenditures. It is very important to let people know when their information has been compromised and to provide whatever services you can for them in dealing with it. This can all be very costly to your business, as the United States has the highest data breach cost, as shown in this years study. Something that may help manage this cost is an investment in data breach insurance. With this insurance, you can offset some of the costs of a data breach.  As shown in this year’s study, insurance protection and business continuity management reduced the cost of data breach following the discovery of the incident.

According to this year’s benchmark findings, data breaches cost companies an average of $225 per compromised record – of which $146 pertains to indirect costs, including abnormal turnover or churn of customers and $79 represents the direct costs incurred to resolve the data breach, such as investments in technologies or legal fees. These costs add up and can have a very real impact on your business. For this reason, it is important to understand where data breaches come from, and what you can do to not only protect yourself but also lower the cost of the issue.

In the 2017 study, it was found that 47% of companies participating in the study identified the root cause of the data breach as a malicious or criminal attack. This means that it was more than human error or negligence that created this problem. The average cost of a malicious attack was approximately $156, compared to $126 where human error was concerned. To lessen the likeliness of these attacks, as well as the cost to your business, it is important to invest in security analytics as well as the recruitment and retention of informed personnel.

Compliance failures and extensive use of mobile platforms increase the cost of data breaches by almost $26 million while appointing a CPO and using security analytics reduce these cost by about $11 million. This shows the importance of working towards implementing systems that reduce costs, because they may not have as much impact in reducing costs as other issues to increase your costs.

Protecting your business and the information it has been trusted with is always the main goal of any company. For this reason, data breaches are a very scary, but real, though. It is important to know what causes data breaches, like malicious software, as well as the different ways you can protect your business, like implementing security analytics. The 2017 Data Breach Study provides all the necessary information one would require to update their systems, and stay informed about potential online threats.