How to Assess Your Power Distribution Needs in a Data Center

The data center that is just opening looks beautiful. It is immaculate, equipment gleams, and racks of equipment fill the data center floors. Servers that move faster than lightning strikes fill the racks and entry to the facility at every access point requires a biometric scan to open the doors. 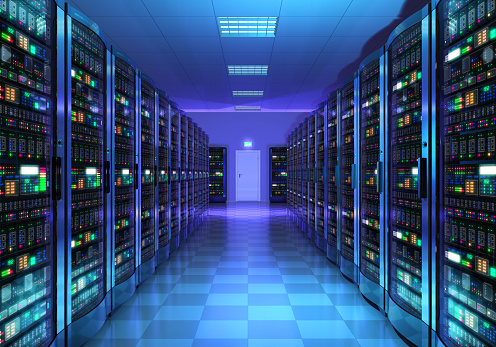 About the Power Needs of a Data Center

Electricity comes in two flavors – traditional power is Alternating Current (AC) that operates at 120 volts or 240 volts. Direct current (DC) is harder to label as to volts, it is a constant flow that never changes direction; qualities not found in AC. DC power is sometimes used to power things such as telecommunications equipment. Accordingly, it is not unusual to find both types of power used in a data center.

How Power is Used in a Data Center

The data center, let’s call it DCF for Data Center Facility, draws power from the local utility company. The power flows into the Uninterruptible Power Source (UPS) that runs on AC power. The power is distributed to the circuit breakers in DCF. The breakers work with 30 amps and 208 volts. This means that each circuit breaker can handle a maximum load of 6240 watts. However, best practices allow for 80% of the power to be used to stay in an 80% or lower safety zone. This means you have 4992 watts available.

The servers are plugged into rack mounted power strips. Each server is pulling 3.3 amps. Using amps as a measurement metric suggests the proper number of servers a circuit breaker can handle is 7.

Best practices say to err on the side of caution and use the lower number of servers, in this case, the company can only use 7 servers per circuit breaker.

Some of the power that flows to the UPS is converted and stored as DC power in case of an outage.

The power supply to the DCF powers more than servers and computer equipment, power is mission critical for the DCF and its substantial facility load that includes besides servers:

There is a great deal of information and formulae concerning calculating power distribution needs for data centers. This article’s intent is to give you enough information so that you can discuss your data center’s power needs and for the future with a Managed Service Provider MSP). Including your MSP for determining the electric competency of the data center brings you an expert’s perspective.

If you are considering using a vendor supplied data center and want expert advice contact Veltec Networks an experienced provider of IT managed services. We are in {city} and can be reached at (408) 809-0774 or info@veltecnetworks.com.

Can You Get A Free Credit Report?

Do Your Research Before Doing Anything Online