4 Questions to Ask Prospective Managed IT Service Companies Choosing a managed service provider (MSP) isn’t easy. You’ve got a few options to choose from, and they’re all making the same promises. They all say they’re responsive, proactive, cost-cutting, productivity-boosting… and there are indeed MSPs that are out there and can honestly claim those glowing […]
Request Your Free Instant Cybersecurity Quote 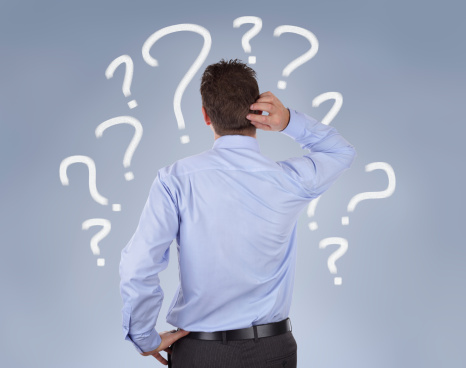 You’ve got a few options to choose from, and they’re all making the same promises. They all say they’re responsive, proactive, cost-cutting, productivity-boosting… and there are indeed MSPs that are out there and can honestly claim those glowing adjectives are actually accurate.

The problem is that you don’t know that much about IT yourself, so you don’t know for sure if MSPs are being honest about their abilities or if it’s just typical half-truth business hyperbole used to stand out from the competition and win you over as a client. It’s difficult to resist the urge to just pick one and hope for the best, since you won’t really know if you made the right decision until after you’ve received a couple months of service.

But before you commit to a MSP, ask these 4 questions. If you get the right answers there’s a better chance you’ll be happy with your decision a few months and more from now.

Who can see my data, and how is it kept secure?

Keeping sensitive data private is a concern for everyone.

It’s more a concern for some people than others, though. If you’re in a highly-regulated industry, like healthcare organizations and HIPAA, the consequences of data loss will be compounded by additional fines that penalize security breaches.

Often it’s up to you to do your due diligence and vet third-party providers to make sure that their security standards are up to code, lest you be on the hook for those penalties.

Also, sometimes MSPs themselves need to outsource certain responsibilities in order to handle the work load that comes with a long list of clients. Will any thirds-party workers or companies not directly associated with the prospective MSP have access to your data? If so, you’ll need to vet them, too.

You nail down right away who is getting access to your data and if they’re doing their part in making sure unauthorized access doesn’t happen. It they make a mistake and data loss happens because of a breach happens on their end, usually you’ll still be the one paying for it.

Once I’ve handed the reins over, how do I access my data?

It should be a given that you’ll have still have access to all your data after signing a contract. But you never want to assume anything during negotiations, so just take a moment to confirm you’ll retain total access before you move on to the finer details of the contract.

Not only should you have access, but it shouldn’t be more difficult for you to access your data. You don’t want to sign up for any roadblocks that will end up slowing your employees down.

Also, should you ever decide mid-contract you’d rather go with a different MSP, confirm that you can get all your data back quickly and easily.

How long have you been in business?

The failure rate is high for startups in any industry, and IT companies are no exception. Over 50% of MSPs fail within just 5 years of opening.

So, while there are certainly exceptions to this rule, it’s usually true that IT companies that have been around for over 5 years know how and are able to offer a better level of service than what companies who have only been around a year or two can provide.

Do you focus entirely on providing managed IT services, or is this just one of many endeavors?

Some people take a shotgun approach to business and try to manage multiple endeavors at a time hoping one or more will stick.

That might work for them, but it’s not going to work for you.

You want more attention than that. It’s bad enough that MSPs have to split their time between multiple clients, and it’s even worse if they’re trying to do all that as a side gig rather than their primary focus.

Look for a company that is dedicated to being a MSP and nothing more.

It just so happens that Veltec Networks knows how to keep your data secure and is experienced and focused enough to provide you with the best IT support possible. Contact us at (408) 809-0774 or info@veltecnetworks.com for more information about our IT services.