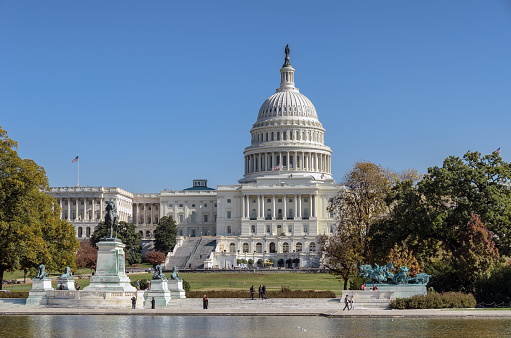 The Trump administration has actively criticized Obamacare, stating that healthcare reform is needed within the United States. Now, the Trump administration is trying to make good on its word by proposing hefty cuts to two agencies within the Department of Health and Human Services. Unfortunately, the proposed budget cuts might have an adverse affect on healthcare data privacy and security.

What Are The Trump Administrations Proposed Healthcare Budget Cuts?
As June comes to a close, the fiscal 2018 budget looms ever closer and with it the proposed budget cuts to the Office of the National Coordinator for Health IT and the Office for Civil Rights. The former is responsible for overseeing health IT standards and policies. It also monitors and enforces the need for secure health data exchange. The department could undergo a 36 percent reduction in funding under the proposed new healthcare budget. If the budget cut is enforced, then the agency would be reduced from 188 full-time employees to 162 and its budget would dwindle to $38 million.

The proposed budget cuts to the Office of the National Coordinator for Health IT could also directly impact the agency’s work with the 21st Century Cures Act. Under the latter piece of legislation, the agency is meant to, “convene public and private stakeholders to develop or support a common national trust framework and agreement” in an effort to ensure the secure exchange of health information. However, budget and staff cuts could result in an inability to meet the established goals of the 21st Century Cures Act, which could directly impact the advancement of new drugs and devices, as well as reduce the potential effectiveness of a learning healthcare system.

Unfortunately, the Office for Civil Rights is also in danger of losing a significant portion of its budget. The Office for Civil Rights is responsible for enforcing HIPAA. It could see its staff cut down from 177 to 161 and its budget reduced by 16 percent to $32.5 million. The reduction in staff and budget could directly impact the agency’s HIPAA audit programs. In the face of opposition, the agency’s audit programs have already been pushed back with the initial plans to conduct a number of comprehensive on-site audits for the first quarter of 2017 put on hold. Additionally, the reduction in budget and staff could result in an inability to put out new policy guidelines. To date, the agency has had a high demand for additional guidance regarding HIPAA regulations. Fewer employees could result in an inability to produce additional guidelines, while simultaneously enforcing compliance and investigating breaches.

Understanding The Potential Impact On Healthcare Data Privacy And Security
As mentioned above, the proposed budget cuts could directly impact the vital data privacy and security work that is conducted by the Office of the National Coordinator for Health IT and the Office for Civil Rights. If the budget cuts are passed, then the following activities could be “closed out” or put on an indefinite hold:

In short, the proposed Trump administration budget cuts showcase a shift in priorities. It now appears that the two agencies will no longer have the primary goals of monitoring, educating, and enforcing data privacy and security. However, there is a silver lining; the federal budget is far from being completed. This means that Congress has a chance to stop the proposed budget cuts before the Office of the National Coordinator for Health IT and the Office for Civil Rights are forced to restructure and refocus their efforts.