Making the Switch: Strategies for Switching from Windows PC to Mac

It’s a question that most modern professionals have pondered at one point: which is better, PC or Mac? There’s no clear-cut answer. However, while Windows PC has long been the popular choice among business owners, there is a significant pattern emerging. More and more companies are choosing to make the switch from Microsoft to Apple. 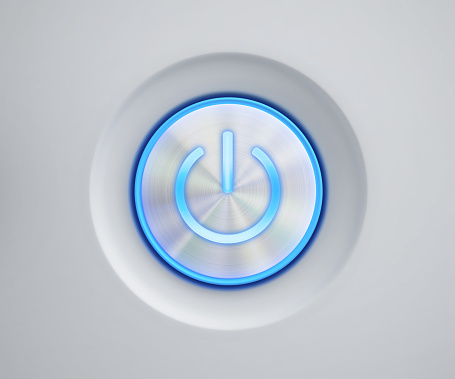 Understanding the Mac Difference: What Draws Windows Users to Make the Switch?

There’s no point in waging a war between PC and Mac – people have preferences and some prefer to stick with what they know. However, there are some key benefits that a switch to Mac offers – especially for business owners. While the increased price tag often leaves business owners wary, there really are concrete reasons to support Mac investments. We’ll get into some of the leading security and functionality benefits later, but for now, let’s break down the basic benefits of switching to Mac.

First and foremost, Mac users agree: the machines are easy to use and highly intuitive. Mac users rave about the usefulness of Mac keyboard shortcuts and the overall efficiency of the Mac interface and operating system. Safe to say, most business owners would agree: what’s better than a new device that’s easy to use?

While Mac devices generally look sleeker and nicer than their Windows counterparts, Mac benefits aren’t limited to their good looks. Mac devices are built with high-end materials, they last for years longer than PC’s and they hold their value incredibly well. This means that while PC’s might be cheaper, you’ll spend a lot less on replacements and repairs in the long run with Apple.

Another great thing about switching to Mac is saying goodbye to annoying and time-consuming driver updates. Mac’s updates are designed to be quick, easy and automatic – leaving professionals more time to work on core business tasks. Even better? As iPhones quickly become the dominating personal devices for modern professionals, switching to Mac makes the syncing of critical info more accessible.

Okay, let’s get to the really good stuff. For business owners in a modern business world, IT security is the leading technology priority. Business leaders want to know that no matter what tech tools their using, their company data is secure and protected from invasion. Many modern PC users might have their heart committed to Windows Defender, however, there are a variety of intuitive and built-in security tools that make the switch to Mac worth it.

Perhaps the most important consideration when making the switch from PC to Mac is making sure you know how to use your new machine. Without knowing the ins and outs of how Mac’s function – as compared to PC’s – business hours can be eaten up while employees try to figure out the lay of the land.

My system freezes or crashes – what do I do?

For life-long PC users, Ctrl-Alt-Delete is the go-to rescue command when a PC would freeze or an application would stall. New Mac users often get panicked when they realize their Mac keyboard doesn’t have the same function. However, you need not worry that your Mac is dead in the water when the system freezes.

In fact, many Mac users claim that crashes on Apple machines are so uncommon that a Ctrl-Alt-Delete function isn’t even necessary. However, in true Apple fashion, there is a command in place to force-quit crashed or frozen applications. Simply hit Command-Alt-Esc to reboot the app or your machine and get business moving again.

How in the world do I ‘right-click’ on a Mac?

So, you set up a bunch of brand new Mac’s for your team and all of a sudden you’re getting constant questions about the mousepad. On Mac laptops, the mousepad is a giant square with no separations to designate left and right click buttons.

However, there are, of course, a variety of ways for users to ‘right-click’ on a Mac. Users can hold down CTRL while clicking or they can add a ‘secondary click function’ by navigating System Preferences and selecting Trackpad. However, it should be noted that most modern Mac’s can deploy a right-click simply by clicking the bottom-right corner of the Trackpad.

How can I easily transfer my PC data to my new Mac machine?

Once the switch has been made, a huge challenge for business teams is ensuring that all previous PC data is successfully transferred to the new network of Mac’s.

If a company’s old PC’s are equipped with the Windows Vista Service Pack 2 or any later version of Windows, the file transfer process is very simple. Users simply have to download the iCloud application to the Windows Control Panel.

Then, it’s as simple as logging into the iCloud on the control panel using the new Apple ID associated with a Mac machine. Then, you’ll be able to easily sync all your PC files using the iCloud app and they’ll be automatically accessible on the new Mac. For Windows users who were operating on older versions of Window’s can still transfer files, but will need to use a third-party, cloud-based file sharing solution like Google Drive.

I like the Windows OS – is there any way I can use Windows 10 on my Mac?

For some tech users, coming to understand an entirely new operating system is especially challenging. A brand-new Mac will be no use to a veteran Windows user who can’t get a handle on the new OS.

In these cases, it is, in fact, possible to run Windows 10 on a new Mac. In fact, many experts claim that running Windows operating systems on Mac machines offers a much more stable operational experience. To run Windows on a Mac, however, businesses will need access to a virtual machine like those explained here.

Professionals rely on a variety of business applications to draft documents, connect with clients and colleagues and manage productivity. For most, the widespread application base is the Microsoft Office suite which includes Word, Excel, PowerPoint, Outlook etc. Luckily, for Office fans, Mac is equipped to support Office 365 subscriptions. Even better? The Mac-based Office apps function nearly identically to the Windows counterparts.

For most, sticking with what you know is the smartest option. However, for those looking to make a complete departure from Microsoft, there Apple offers its own collection of applications, called iWork. Check out some of the leading Mac apps below:

Pages is Apple’s equivalent to Word and it offers a variety of the same easy-to-use documentation features. The app also includes a variety of dynamic and eye-catching templates that help business drafts stand out.

Numbers is Apple’s answer to Excel. Spreadsheets are a critical resource for business operations in any industry. Numbers tries to improve on the mundane Excel format by including colorful tabs and easy to understand features, making it a much less intimidating interface to use.

Almost everyone who has worked in a professional setting has created or watched a PowerPoint presentation. Apple’s equivalent is called Keynote and helps users create appealing and professional presentations, with easy-to-use themes and dynamic transitions between slides.

Mail is the adequately named answer to Microsoft’s Outlook mail. The built-in mail app is straightforward, easy-to-use and sits readily available on the machine’s desktop.

There are also huge benefits to taking advantage of Apple’s dynamic and optimized photo and video-editing apps in more creative industries. Add the ability to collaborate with others, using cross-platform compatibility, and iWork becomes serious competition for Microsoft Office in the pursuit of creating a productivity powerhouse for businesses.

If you’ve decided to make the switch from Windows to Mac, that’s great! Keep the above considerations in mind and you should have nothing but smooth sailing. No matter what your reasons are for switching, Mac devices and operating systems bring a variety of benefits for the most dynamic and busy business professionals.