VMware or Hyper-V…Which is best for your business? 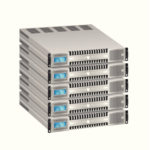 When it comes to virtualization, nothing is more important than the hypervisor.

It’s the program that allows you to have multiple operating systems running on the same piece of hardware.

VMware tops the virtualization market with vSphere and it’s hypervisor ESXi , but Microsoft has a fast riser on its hands with Windows Server 2012-exclusive Hyper-V finding its way into more and more offices across the country.

Here’s a quick rundown of a few factors you’ll want to consider when deciding which hypervisor and overall virtualization option is best for your business:

Perhaps the best advantage of VMware is that, as the most mature product with the longest and richest history on the market, VMware benefits from a large community of both commercial and open source third-party supporters. This allows for an absurd degree of customization. Hyper-V has some third-party commercial offerings, but not near as many open source options.

You can use just about any operating system with vSphere, while if you use Hyper-V you’re stuck with Windows Server 2012.

One advantage Hyper-V has over VMware is that with Hyper-V you’re allowed unlimited OSEs. There’s no guest OS licenses included in the VMware virtualization license.

Patching with vSphere is simple and clean, no hassle. Patching with Hyper-V is anything but: you’ll have to shuffle everything around every month to accommodate the frequent host patching. It’s not just annoying; it’s a waste of time that could have been used on more productive tasks.

With a score of 4 to 1, it’s clear that in the majority of cases VMware should be your choice.

vSphere/ESXi is simply the most mature, most stable, easiest to manage product on the market, and as such it’s going to be your best option if you take cost out of the equation.

Of course, budget is always something you have to consider whether you like it or not, and Hyper-V is often the most affordable option. The patching problem alone is enough to make it a real hassle to manage though, so you might to stick with vSphere even with budget considerations in mind.

Contact us at (408) 849-4441 or info@veltecnetworks.com for more information about our virtualization and other IT services.